When the entire music industry began to re-emerge after a difficult few years, Beccy Cole suffered one of the worst years of her life personally. Adam stayed in constant contact with his good friend and suggested that they record a new album together, hence the creation of a new duets album” The Great Country Songbook Volume 3″, along with an Australia wide tour.

Beccy said in a beautiful post on social media ” A few months ago when I wasn’t doing so well, my friend Adam Harvey checked in on me every week or so. He asked if there was anything he could do and I said ‘you could tour with me again, they are my happiest times.’  So he changed his year around and orchestrated this whole project. A new album, and a tour.  He said if I got better he would tour with me till the bloody wheels fall off! That’s what you call a friend.”

In summary, the Great Country Songbook Volume 3 is about two best friends getting together again to record some of their favorite classic country songs. Recorded at the Music Cellar on the NSW Central Coast with engineer Jeff McCormack, Adam and Beccy relished in the role of producing the project.

Over a period of 20 years Adam and Beccy have toured Australia together a dozen times. Country music fans always regard the opportunity to see these  great mates on stage together as a real treat and an absolute highlight.

Don’t miss Adam Harvey and Beccy Cole in concert performing some great tracks off their new album along with plenty of old favorites. Come along and enjoy a fantastic night of music, stories and humor, which is guaranteed to have you singing along and in fits of laughter! 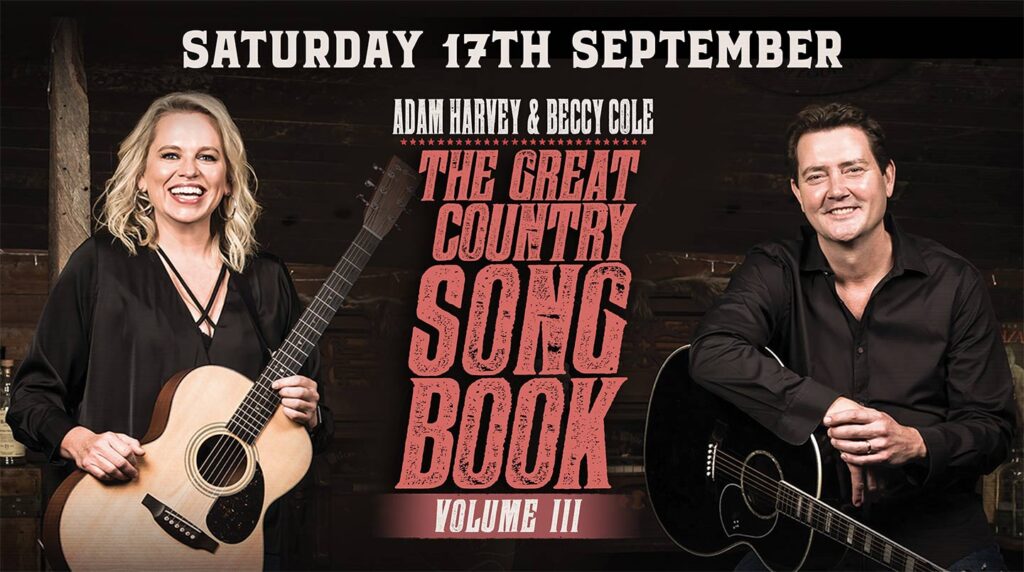