Two of the biggest stars of the welterweight division will compete for the WBO title on Sunday in a rare meeting between elite fighters from opposite sides of the promotional and network divide.

Terence Crawford (37-0, 28 KOs) will attempt to make the fifth defense of his title in arguably the first dangerous test he has faced 147 pounds when he takes on former two-time champion Shawn Porter (31-3-1, 17 KOs) inside the Mandalay Bay Resort in Las Vegas.

Given the platform and stakes of this weekend’s pay-per-view event, there are no shortage of storylines entering this matchup. 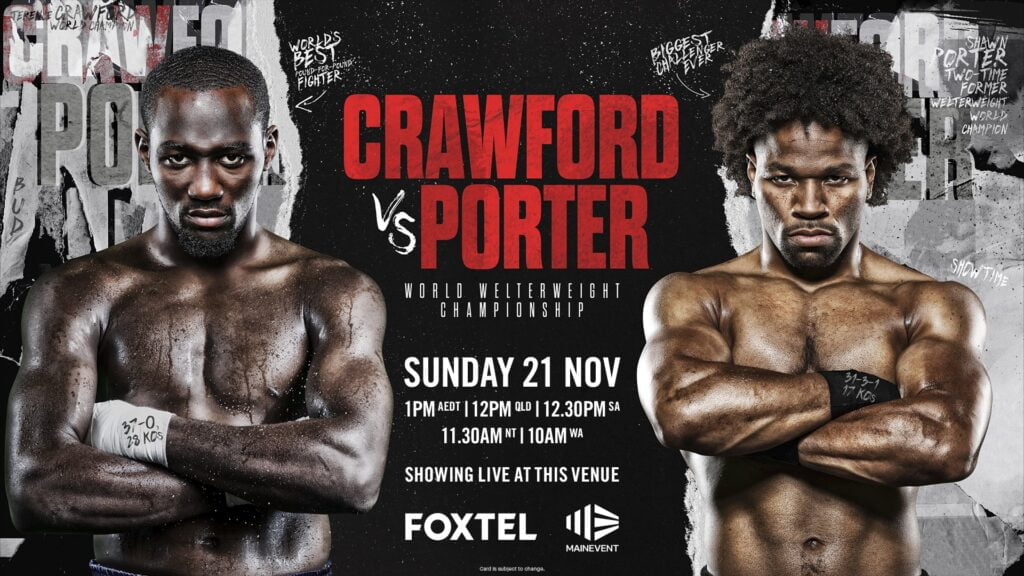