Hound Dog Swagger, cut his teeth in music at the age of thirteen playing Trombone in the Toowoomba (Qld, Australia) Municipal Band before changing to Guitar when he joined the local Toowoomba band “Jack Stack” who had a fairly secure foothold within the music scene within South East Queensland for a short period between 1999 and 2002. He played in various local bands whilst moving from town to town after leaving Toowoomba due to family commitments.

It was when he moved to Mackay, (Qld, Australia) for the start of 2013 he started to get serious about music and adapted to performing as a Soloist, though at times, performing with bands and duos when the opportunities arise. In 2015, wanting to focus on his own, Funky Rock and Blues style, he travelled by Wicked Camper Van to Brisbane’s Scorcher Fest to showcased his original work for the first time. It was also at this time when the Mackay band Moscato invited him on board as their Guitarist during the recording of their Ep, Adrift which is available on iTunes and Spotify etc.

2018 saw Hound Dog Swagger with three of his songs, Rats Eyes, Happy Whistler and There’s a Better Side to Me, available on most music platforms such as Spotify and Apple Music as well as being available through CD Baby.

2019 saw the introduction of the Hound Dog Swagger Trio. This dynamic Three Piece Band features Hound Dog Swagger on Guitar and Vocals, Christopher Edwards on Bass Guitar as well as Backing Vocals and Danny Singleton on Drums. Chris has over 20yrs experience in the music industry and has experience as a multi instrumentalist with bands such as Slow Train Coming, the Shane Finney Duo and more . Danny has nearly 30yrs experience in the live music circuit and with his technical chops and Metronome like timing, he teams up perfectly with the Trio to provide adamant starts, exciting bodies and tight finishes for every song.

Described as having a Funky, Bluesy Swagger style of playing and a Grungy, Rock and Blues vocal. They put a raw and energised twist on everything from CCR to Maroon 5. 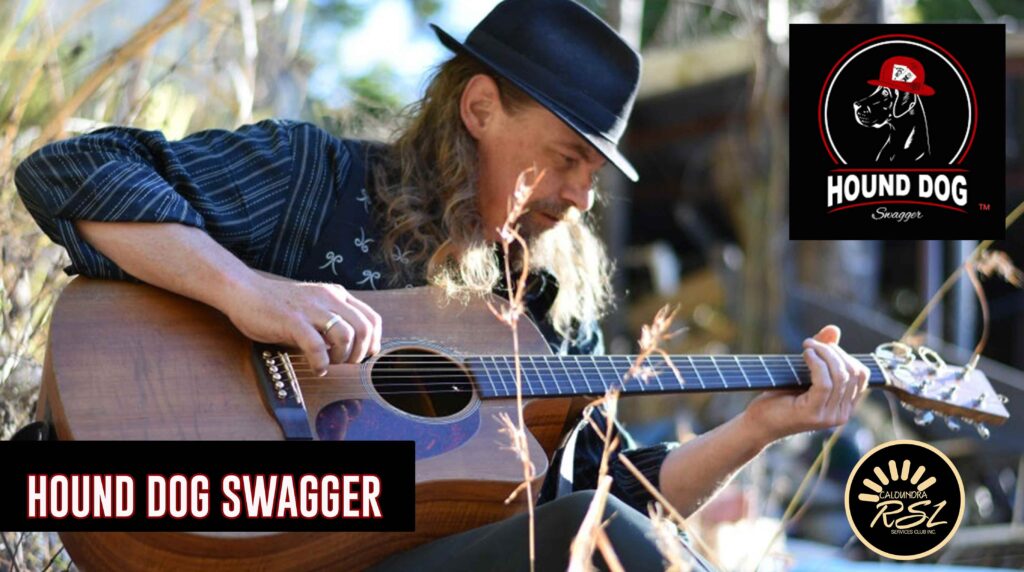