Late For Woodstock (SOLD OUT)

Sharing a lifelong passion for this iconic era, four like-minded musicians formed a band in 1998 to bring these classic sounds and sentiments back to live audiences. Inspired by the music, culture and artists from the era of its namesake, Late For Woodstock was born. Advancing the mantra ‘Tune In, Turn On & Rock Out’, they took their music to the masses and developed a loyal following as people began to rediscover the music of the nostalgic Woodstock era.

Join us at the Caloundra RSL for one amazing night of awesome music from the very popular “Late for Woodstock” These guys know how to party and will be playing classic hits from the 60’s and 70’s including Led Zeppelin, Credence Clearwater Revival, The Rolling Stones, Neil Young, The Eagles, Bob Dylan, The Doors, The Beatles, and many more.

Book in early and enjoy a dinner, then strap in for an awesome night of FREE entertainment.

Get your tickets now. 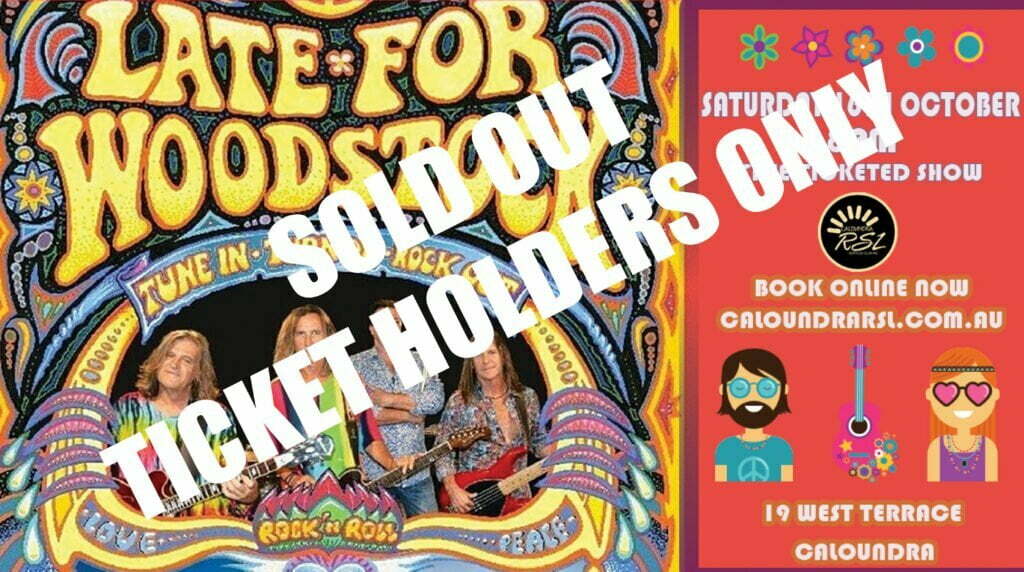