Led Zeppelin fans – be on notice. You are about to witness the legendary British

supergroup in all its glory and excesses! Widely hailed as “the best Led Zeppelin band on the

planet, NO QUARTER, is pounding its way to the Caloundra RSL, all the way from Seattle US.

Frampton, Foreigner, Steppenwolf, Loverboy, Jefferson Starship and many others.

Jones said that “I never have to worry about touring with my band again.”

Fans who have seen the original band will think they have returned and will have the opportunity to relive the magic. Fans

luck and will finally get to experience the iconic and ground breaking stage show for the first time. 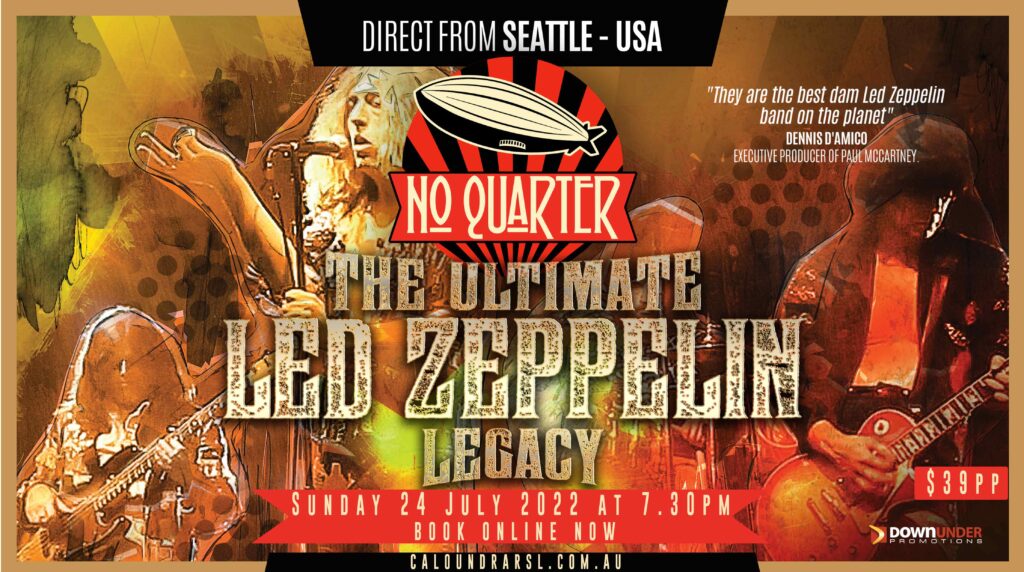