The Crikeys are an indie rock-folk duo based on the Sunshine Coast. Haleigh is the lead vocalist and rhythm guitarist, Adam is the lead guitarist and backing vocalist. Their style centres around rich and mesmerising lead vocals, with subtle and spacious backing to tie their music in, creating an immersive and ambient soundscape.

Haleigh and Adam are both originally from New South Wales, where they had pursued music in their respective hometowns. The Crikeys have been together for just over two years, after finding each other at an open mic here on the coast. In this time, they have played at events such as The Australian Wearable Arts Festival and Offbeat Festival.

The boys have several original songs and are currently writing more as well as looking to record and release in the near future. 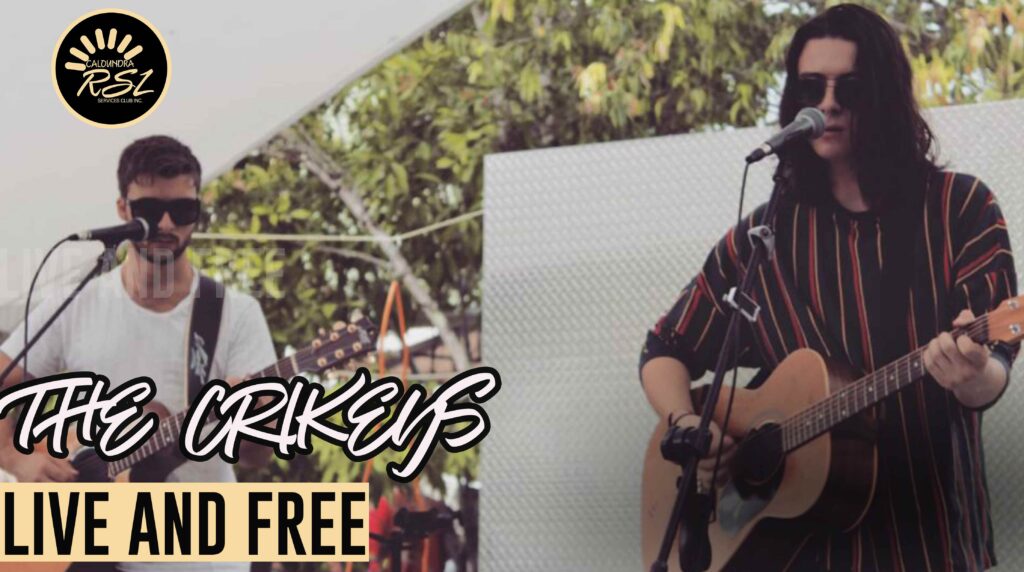