Playing Rock and Roll in a band is a lot of fun.

3 piece sunshine coast band Uncle Salty love what they do and it shows.

No rocket science involved. Just classic, time proven songs (with some odd stuff, left of centre stuff and should have been a hit but wasn’t stuff thrown in), great harmonies and musicianship and a professional attitude. This IS work after all. Just really enjoyable work.

Guitarist Damien “Barsney” Barnes is a bit of a legend on the hill at Maleny. From a musical family and with many years of playing behind him, he knows intuitively how to entertain a crowd.

Bass player BC has been on the stage since the age of 4. He’s played in circuit bands, on quite a few albums and their tours and has circumnavigated Australia and beyond playing music.

Drummer Dave is a veteran of the Sunshine Coast scene. He has performed in many bands for over 30 years and counts legendary coast band “My Cat Jimi” among them.

Barnsey and BC also perform in a duo together for those situations where you want a band vibe without the volume. 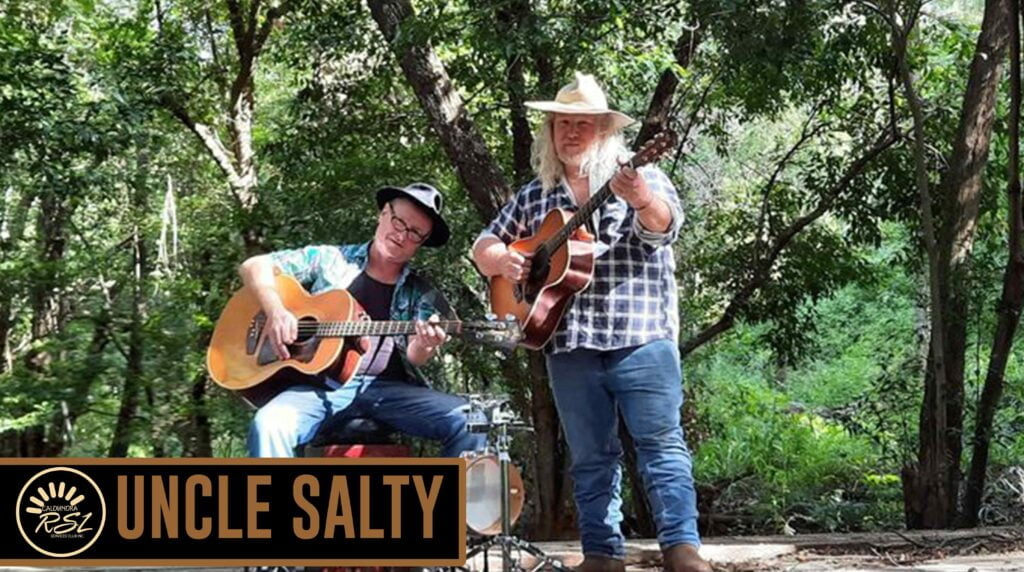