It has been another year of madness for us all, mask on mask off, lockdowns here there and everywhere, well, it's time to forget about it all and count down to the New Year that is upon us.

This year we have planned the Biggest New Year's Eve celebration of all time.

We will be easing into the night with an acoustic duo live and free on our Main Stage from 4.30 pm playing through till 9 pm.

From 9 pm EMPYRE will take to the stage from playing through till 1 am.

EMPYRE are a formidable & stellar standout Rock/Party Band, guaranteed to get you pumped and keep the party going!

As a collective, they over 50 years’ experience in live performing and recording.

Fronted by the incredibly versatile powerhouse Bek on vocals - Empyre is built from 4 passionate musicians. They have had the same lineup for a decade!

Creating the authentic and astounding sounds are - "JZ" on lead Guitar and production.

Zenman is a master at slappin that bass, and Alex on Drums nails every beat.

Empyre is known for their outstanding performance energy and precise interpretation of covers. Their sound quality is unrivaled.

From 8 pm, This New Year's Eve in the "The Sunshine Coast Function Centre" (at The Caloundra RSL) we will be welcoming both the Hillbilly Goats and Beyond Sippy Creek Bands for one spectacular night of the best COUNTRY ROCK music you will hear anywhere in South East Queensland. 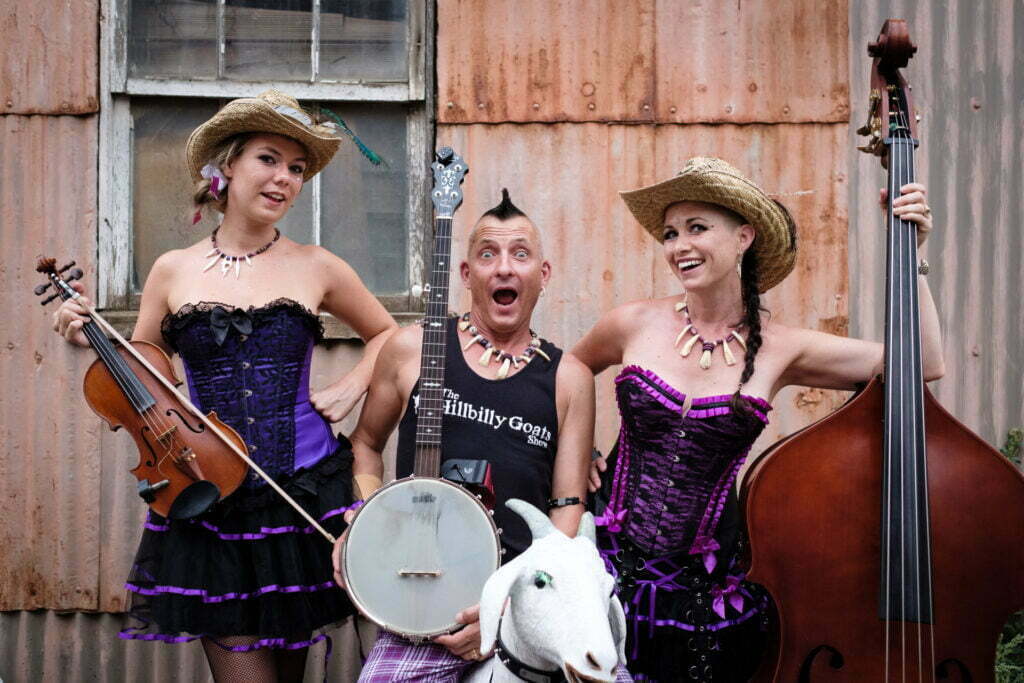 Kick Yer Shoes off, Put yer Hoe Down and Hang on to Yer Britches! The Goats sure know how to raise a ruckus and they're bringing their up tempo style of Hillbilly Roots and Old Time Blues to the main lounge - and better yet, IT'S NEW YEAR’S EVE!!!

The musical twist on traditional songs The Hillbilly Goats are renowned for with big harmonies and a heavy presence of hard fiddle and fast harmonica have seen them carving their own niche at major festivals nationwide.

The very talented Beyond Sippy Creek will be playing immediately after this event to take you into the New Year.

You DO NOT want to miss out on this show! 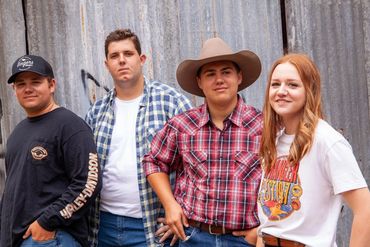 We met each other in 2018 whilst studying at the Australian Music Conservatory in Sippy Creek on the Sunshine Coast, Queensland. We completed Certificates III & IV in Music Performance and Sound Production together.

We attended the Gympie Music Muster to assist in Sound Production and ended up performing as a band and the story goes on from there. Many people approached us, asking what our country-rock band was called and where we would play next? They were stunned at the fact it was our first real gig together and we had just thrown it together and gave it a crack. We have now performed at parties, music festivals, Veterans Retreat, Ricks Garage, The Beerwah Hotel & Caloundra RSL. Country Rock is now our life and passion and we are all so very excited to be playing country music live at all types of indoor and outdoor venues.